Cancer from Zantac Use? You may be entitled to compensation.

On April 1, 2020, the U.S. Food and Drug Administration (FDA) issued a total recall and removal of Zantac, a common heartburn medication available in both prescription and over-the-counter (OTC) versions, from store shelves due to an unacceptably high cancer risk.  Zantac (ranitidine) has been found to contain high levels of the cancer causing chemical N-nitrosodimethylamine (NDMA).   NDMA is used in aviation and rocket fuel lubricants and it is also the by-product of several industrial processes, including gasoline refining and the treatment of wastewater containing nitrogen. NDMA is also used to induce carcinogenesis in lab rats for cancer research.

The exact cause of the NDMA contamination in Zantac and other generic heartburn medications is still under investigation.  Although the FDA advisory states that the level of contamination is "low", the levels have been found to be between 3,000 and 26,000 times higher than what the agency has determined to be "safe".  During the period in which Boerhinger Ingelheim and Sanofi manufactured and marketed Zantac, scientific research demonstrated a clear link between ranitidine, the active ingredient in Zantac, and NDMA.  Specifically, when ranitidine comes into contact with water, it creates a chemical reaction that causes the formation of NDMA.

Despite the availability of this information, the drugmakers chose not to disclose the risk to the government or to consumers.  For years, due to a very high perception of randitidine's safety, Zantac and its generic equivalents were heavily prescribed to adults and infants and sold over-the-counter.  Zantac was used to treat: acid indigestion, heartburn, erosive esophagitis, gastroesophageal reflux disease (GERD), and Zollinger-Ellison Syndrome.

On September 9, 2019, Valisure, LLC and ValisureRX, LLC submitted a Citizen Petition to the FDA to request the Commissioner of Food and Drugs to issue a regulation, revise industry guidance, request a recall, and suspend sales of ranitidine from the U.S. market.  The full petition may be read here.

On September 13, 2019, the FDA reported the discovery of NDMA in Zantac (ranitidine).  See the FDA Statement alerting patients and healthcare professionals of NDMA found in ranitidine samples here.

On April 1, 2020, the FDA issued its recall notifying consumers, patients, and healthcare professionals of new studies showing risk to the public health. The recall states NDMA is a probable carcinogen and that sustained higher levels  of exposure increase the risk of cancer in humans.  The FDA has further determined that NDMA has been found to increase significantly in samples stored at higher temperatures, including temperatures the product may have been exposed to during distribution and handling by consumers.  The testing also showed that the older a ranitidine product is, or the longer the length of time since it was manufactured, the greater the level of NDMA.  These conditions may raise the level of NDMA in the ranitidine product above the acceptable daily limit.

The Poole Law Group works with Levin Papantonio on the Zantac mass tort litigation (MDL) established in federal court and we are accepting clients who took Zantac (e.g., tablets, capsules, injections, syrup) for 30 days or more and who subsequently developed one of the following cancers:

In addition to causing cancer, NDMA is a potent hepatotoxin.  Short-term exposure to NDMA can cause liver damage (such as liver fibrosis and scarring), while long-term exposure can increase the risk of liver, kidney, and lung tumors.  Symptoms of NDMA overexposure include headaches, fever, nausea, jaundice, vomiting, abdominal cramps, enlarged liver, reduced organ function (e.g., liver, kidneys and lungs), and dizziness. Other adverse effects that have been associated with Zantac include: 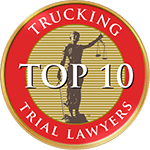 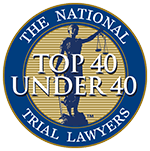