DWI / DUI in Maryland: Learn the 5 Main Points of Law Relative to the Case 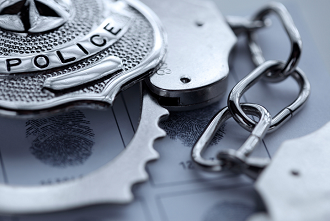 In the 32 years that I’ve been practicing law, cases for DWI / DUI in Maryland have gone from pretty darn simple to now pretty darn complicated. I get asked all the time about different points of law relative to DUI and DWI cases. Here are the basic points:

5 Main Points of Law Relative to a DUI in Maryland

1) Did the police have the right to stop you?

Typically this is for something such as speeding, erratic driving, etc., or resulting from a sobriety checkpoint. There need not be a specific violation of the motor vehicle law. However, the police have to have specific facts which reasonably warrant the stop.

2) Did the officer have reasonable grounds to believe you were driving or attempting to drive under the influence of alcohol, while impaired by alcohol or impaired by any drug (s) or combination of drug (s) and alcohol?

This is usually where field sobriety test come in. The odor of alcohol is typically mentioned in police reports, along with glassy eyes and/or slurred speech.

3) Did the officer request/advise regarding an alcohol concentration test and properly administer it per Maryland law?

There a lot of ins and outs on this and this is one of the areas where things get very complicated.

4) If a alcohol concentration reading was received, does it appear to be appropriate?

This, on a rough basis, ties to the person’s body weight and amount of alcohol consumed over a certain period of time.

Beyond all the above, you need to know that if you have been charged with one of these offenses, you face possible jail time and a fine (currently a fine of not more than $1000 and imprisonment for not more than one year are the punishments for a first offense DUI; penalties increase with more serious offenses), plus an administrative per se sanction, plus, later, a possible license suspension or revocation from the MVA if you are found guilty of the underlying offense.

Administrative Per Se Sanctions in Maryland

There are many, many other issues that come up in these cases - whether statements you made are admissible:

At a minimum, if you were drinking and were stopped, you should get an alcohol assessment from a counselor licensed in Maryland and then begin the counseling or treatment recommended. This should be done as quickly as possible. You’ll want to check whether your insurance covers this. Most local health departments will provide the service as well.

Schedule a Consult With an Experienced Hagerstown DUI Lawyer

The other thing you want to do, in my estimation, is find a competent and experienced Hagerstown DUI lawyer to represent you. It would’ve been absolutely great if you never would’ve been drinking and driving in the first place. But, if that time has passed, this is no time to “My Cousin Vinny” your case. Get to someone you like, and trust, and allow them to start working on your case.  Remember our motto, The Poole Law Group:  We're there for when it matters most!

To schedule a consultation with one of our experienced Hagerstown attorneys or for more information, contact us online or give us a call at (301) 790-3600 today!