Update on Mass Tort Suit Against Manufacturers of Zantac 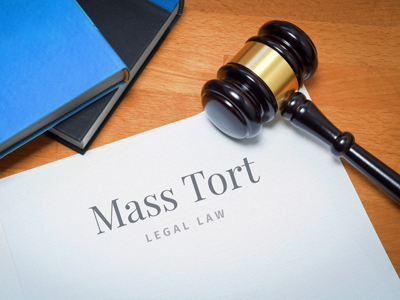 Zantac started out as a popular prescription drug that was sold widely in the U.S. to treat heartburn and other digestive problems in adults, children, and infants after its approval by the FDA in 1983. Its primary ingredient was ranitidine. In 1997, Zantac manufacturer Glaxo’s patents on ranitidine expired, and other companies began producing and marketing generic versions of Zantac. In 2004, an over-the-counter version became available. Now, there is a new update on the mass tort suit filed against the manufacturers of Zantac.

According to the U.S. Food and Drug Administration (FDA), “… the impurity in some ranitidine products increases over time and when stored at higher than room temperatures may result in consumer exposure to unacceptable levels of this impurity.” Additionally, manufacturers of the drug were aware of studies showing that ranitidine could build up in its products and develop levels of N-nitrosodimethylamine (NDMA) 3,000 to 26,000 times higher than the amounts considered safe by the FDA. NDMA is a carcinogenic industrial by-product used in aviation fuel. It can cause the following cancers:

Although manufacturers were aware that NDMA could build up in Zantac products over time, they failed to disclose this information to the public. In 2019, a class action suit was filed by Zantac users diagnosed with cancer against manufacturers Boehringer Ingelheim and Sanofi. More lawsuits followed, and Zantac was recalled in 2020 by the FDA and removed from store shelves.

Symptoms of Exposure to NDMA

Because ranitidine molecules are fundamentally unstable, when an individual takes a regular dose of Zantac, the ranitidine hydrochloride converts into NDMA. As your body absorbs the NDMA, the poison that’s created inflames your liver and can increase your risk of liver cancer. Additionally, NDMA is absorbed by the lungs and kidneys at a higher rate as well.

As a powerful hepatotoxin—a toxic chemical substance that can injure the liver—NDMA can have the following  effects:

Overexposure to NDMA can cause a variety of symptoms including:

Users of Zantac, generic ranitidine products, and a combination of brand-name Zantac and generic versions have filed approximately 1,700 lawsuits to date against drug manufacturers. These multi-district litigation (MDL) cases have been consolidated for discovery in the U.S. District Court for the Southern District of Florida, where Judge Robin L. Rosenberg, in July 2021, rejected suits against generic ranitidine manufacturers, citing the argument of preemption. Preemption occurs when one law overrides or cancels out another. The preemption can be:

The Zantac decision is one of implied preemption. Federal law has nearly unlimited authority to preempt state law in America. State laws usually require drug manufacturers to re-name, re-label, or re-design dangerous or defective drugs to warn users of the known dangers associated with the products. Federal laws, however, do not permit drug manufacturers to do so. FDA regulations mandate that a generic drug have the same warning label that the brand-name product has.

For this reason, the South Florida district court ruled that makers of generic ranitidine did not have to stop selling their products or warn users of potential dangers as state law required because doing so would be in violation of Federal law. Lawsuits based on the generic ranitidine manufacturers’ alleged negligent failure to warn their users were thus thrown out. The result is that manufacturers and marketers of the generic drug avoided liability for providing a cancer-causing medication to the public.

Innovator liability is an argument to hold a brand-name drug manufacturer liable for injuries allegedly caused by the generic drug. The logic behind this argument is that the generic version would never have existed but for the development and manufacture of the original medication.

Innovator liability arguments were raised in various states by plaintiffs in the Zantac litigation but were also rejected at the Federal level by Judge Rosenberg, who maintained innovator liability in this case was a valid argument only in California and Massachusetts.

Although suits against makers of generic ranitidine were thrown out, suits filed by users of brand-name Zantac and by users who took both Zantac and generic ranitidine are unaffected. Plaintiffs with actions for medical expenses, pain and suffering, lost wages/earning potential, and/or wrongful death may go forward with their claims against Zantac’s:

Judge Rosenberg is expected to set early trial dates in 2022 for a sampling of Zantac cases involving the most common types of cancer suffered by plaintiffs. The results of these early trials will not necessarily set binding precedents for other cases, but the decisions reached and the settlements awarded could serve as benchmarks that would stimulate negotiations for out-of-court settlements in other Zantac cases. Such settlements could prevent large numbers of individual Zantac trials from dragging on for years to come.

Were You Diagnosed With Cancer After Using Zantac?

If you’ve been diagnosed with one of the listed cancers after using any form of Zantac (capsules, tablets, syrup, or injections) for at least 30 days, consulting the experienced mass tort lawyers at The Poole Law Group is your first step towards justice and fair compensation for your damages. Please contact us online, or call our Hagerstown office to schedule a free consultation and get more information about Zantac litigation.