Can I recover damages if I was partially at fault in a motorcycle accident? 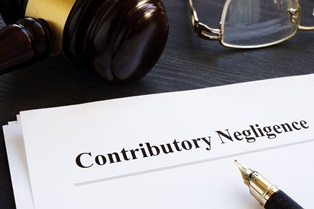 The short answer is no. In Maryland, you cannot recover damages in a bike crash for which you are partially at fault. Maryland’s contributory negligence rule denies compensation for damages to any victim who is even one percent responsible for the accident that caused those damages.

Having an experienced Frederick auto accident attorney who knows how to collect evidence against this defense and present it can be essential to your claim.

According to our experienced motorcycle accident lawyer in Frederick, MD, a rider who has no physical protection beyond a helmet and clothing is extremely vulnerable to serious injuries in an accident with a larger vehicle.

Biker bias is a prejudicial assumption that all motorcyclists are reckless, terrorize other motorists on the road, cause their own accidents, and deserve whatever misfortune they suffer. Nothing  could be further from the truth. Most accidents between a bike and a larger vehicle are caused by the driver of the other vehicle, who typically does not see or pay attention to motorcycles sharing the road. When you’re injured in a motorcycle crash, you’re entitled to file a claim against that driver’s insurance company for your medical bills, property damage, lost income, and pain and suffering.

You might, however, encounter biker bias from insurance adjusters and attorneys who will presume you’re fully or partially at fault and use any evidence they can to support that presumption. You might even face biker bias in court if your case goes to trial. An experienced Frederick motorcycle accident attorney can help you overcome biker bias by presenting evidence that you’re a responsible rider who was injured in a crash caused by another motorist.

Why You Need a Motorcycle Accident Attorney in Frederick

Every insurance company is a business concerned with its bottom line. These companies want to pay out as little money as possible in damage claims. Because motorcycle crash claims are among the most expensive for the insurer, its adjusters will look for any possible way to deny or devalue your claim to save money. The best way for them to do this in Maryland is to contend you were partially at fault for your wreck. If they can prove it, you’ll receive no compensation for your damages. For this reason, it’s imperative that you prove total liability on the part of the at-fault driver who hit you.

The insurance company will investigate your accident through biased eyes and may threaten you with a defense of contributory negligence based on “evidence” of your partial fault, hoping to scare you into accepting a quick, low settlement. You should not accept such an offer without consulting an experienced motorcycle accident attorney who can help you.

How Our Frederick Bike Crash Attorney Advocates on Your Behalf

Contact Our Frederick Motorcycle Accident Attorney for a Free Consult

Contact us online, start a chat, or call us at 301-790-3600 to schedule a free consultation with our Frederick motorcycle accident attorney. You pay no attorney fees unless we win your case.